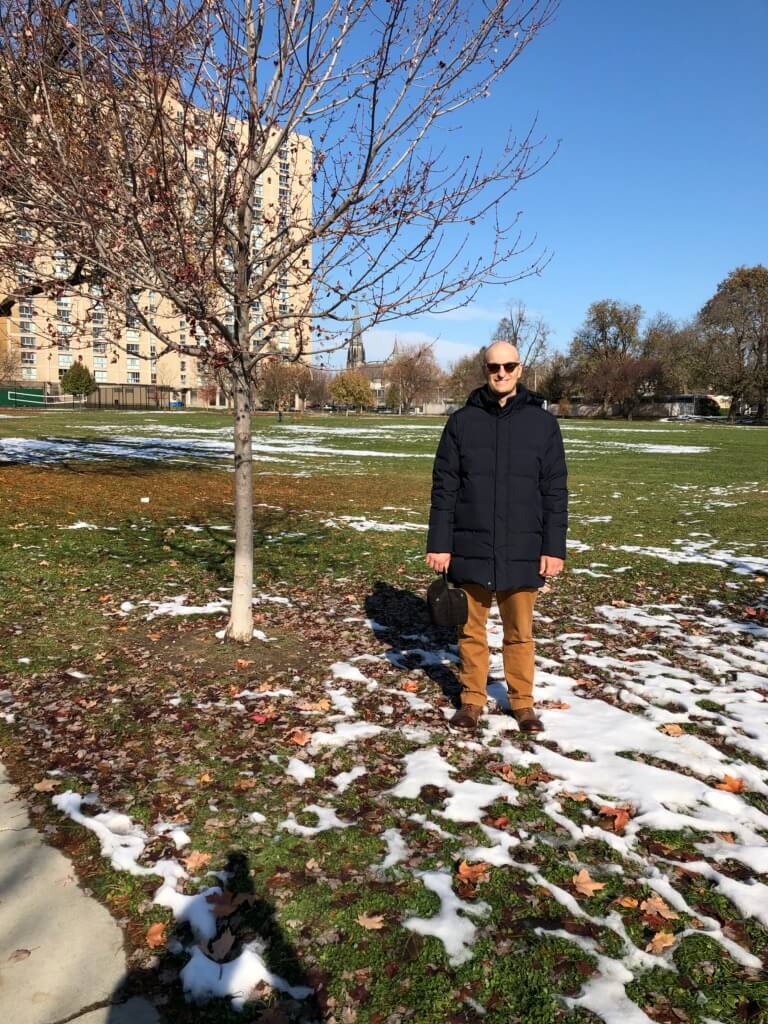 Often called the “forgotten cancer,” sarcoma refers to more than 70 subtypes of cancer that affect the body’s connective tissue.
"Sarcomas are rare. There are less than 13,000 soft tissue sarcoma diagnoses per year, so it affects a smaller population than some other cancers, such as breast cancer,” explained Alysia Kemp, M.D., leader of the Sarcoma Multidisciplinary Team at the Barbara Ann Karmanos Cancer Institute. “Because it’s rare, less than one percent of all cancer diagnoses, there isn’t as much awareness and research takes longer.”
Sarcomas occur when cells grow abnormally in the tissues that form bone, muscle, fat, tendons and cartilage. Because they vary between subtypes, symptoms can range from swelling to fatigue or bone breaks and persistent pain. It is critical that sarcomas be treated by specialists at a center of excellence, such as Karmanos Cancer Institute, given their rarity. Soft tissue sarcomas usually occur in younger people — those in their 20s and 30s — while bone sarcomas often occur in children when they are going through growth spurts.
“Sarcomas can happen in the prime of life,” said Dr. Kemp who treats patients with sarcoma at Karmanos’ Detroit, Bloomfield Hills and Macomb locations. She went on to explain that her interest in the discipline began when she was in her residency. “At that time, the patients were the same age as I was and I was surprised. They were in college and making big life decisions. I wanted to be an advocate for patients, not just a doctor. It’s my job to go to bat for them every time and never give up."
Dr. Kemp was able to do just that for Carl Pfadt, who was diagnosed with an undifferentiated soft tissue sarcoma. At 32, Pfadt was a busy accountant and an active runner. When he experienced tightness in his hamstring, he attempted to loosen the muscle using a foam roller. However, something did not feel right. He slipped and experienced unusual, persistent pain. He called his doctor who ordered a CT scan and referred him to an oncologist — ultimately leading him to Karmanos.
Pfadt, who lives in Detroit, wanted to maintain as much normalcy as possible during treatment and knew that this meant seeking care close to home.
"Right away, I was impressed by the emphasis (Karmanos) puts on patients," Pfadt said. Like all Karmanos patients, he was paired with a patient navigator who acts as a point person and guides patients through the health care system, ensuring they receive seamless, coordinated care, along with any other necessary support services. "Having a navigator makes you feel like you are the focus and connects you to your treatment team. I knew I could always call if I had a question. Dr. Kemp and I built a strong rapport and she was clear and up front about options and risks."
In addition to his care team at Karmanos, Pfadt built a network of caregivers to support him through his treatment and recovery. While he was organizing the elements of care at home, Pfadt’s team at Karmanos was hard at work helping him to fight his sarcoma. He underwent chemotherapy and radiation before scheduling surgery on his leg.
"The most challenging part of treating sarcoma is that these cancers vary between subtypes. Every patient is different. Some respond to certain treatments, while others might require other therapies,” said Amy Weise, D.O., medical oncologist at Karmanos Cancer Institute at McLaren Oakland.
These differences make it crucial for patients to work with experts in sarcoma. At Karmanos, these cancers are treated by a multidisciplinary team of experts who meet regularly to discuss the best course of care for each patient. During regular meetings, Karmanos care teams communicate about each step of the process.
“Even though a patient might see one person at an appointment, they have the care of a whole team including a radiation oncologist, a reconstructive surgeon, a social worker, a clinical care coordinator and others. The process is streamlined for the patient so they don’t have unnecessary appointments but there are always about five to 10 people involved in the patient’s care, working behind the scenes,” said Dr. Kemp.
Thanks to this expert care and his positive outlook, Pfadt is now recovering and regaining mobility with the help of a physical therapist. Throughout his fight against cancer, he has maintained a positive attitude and cultivated gratitude, which he continues to carry forward. While he hasn’t been able to return to running, he continues to progress.